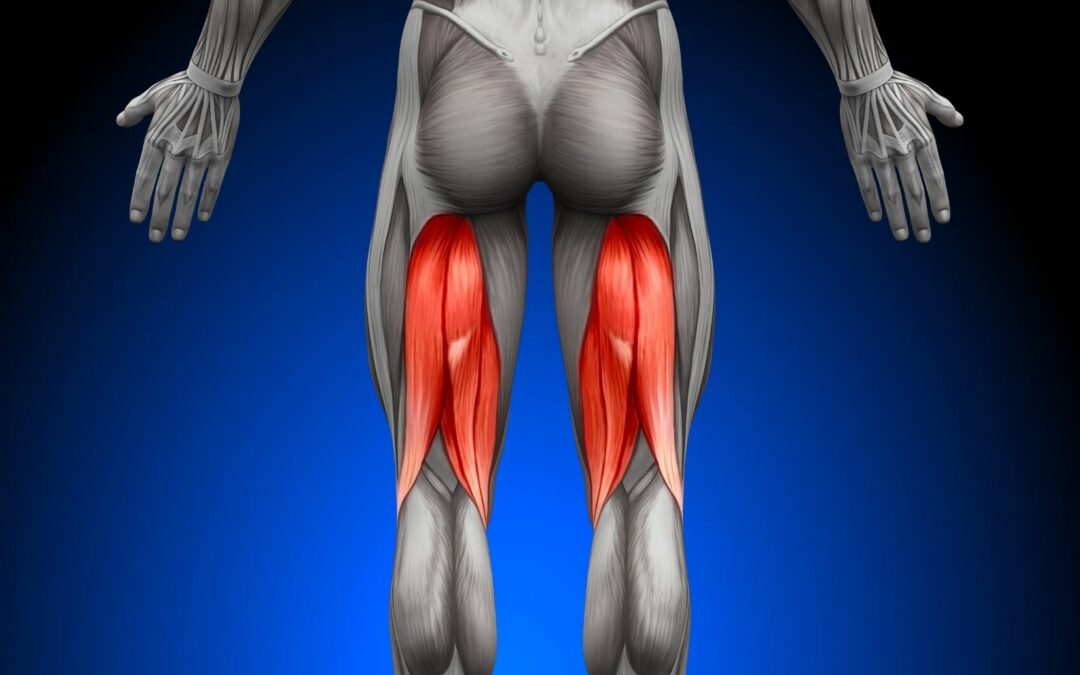 I’m Cat Matlock at FreeBody.  Let’s talk about the hamstrings and why they get so out of whack.  You will learn some basic anatomy, why the hamstrings are so important in the health of the back and hips, and what their relationship is with the belly.  I will then share what we can do to put those hamstrings in right relationship with the other tissues.

Let’s start! There are four heads of the hamstrings.  First is biceps femoris which has two heads. Then there is semimembranosus and semitendinosus. The hamstrings attach up in the pelvis, into the sitting bone, and they also attach below the knee joint. So, the hamstrings cross two major joints, the hips and the knees.  They act on the knee by bending the knee and they act on the hip by doing hip extension, lifting the leg up in the back.

So, the hamstrings work together with gluteus maximus to lift the leg up and back in extension. If you’re having glute issues, you might also want to give some attention to the hamstrings. Now, because the hamstrings also act on the knee by helping to bend it, whenever there’s hamstring tension, there may also be quadriceps tension.

If you have quad issues, you have to address the hamstrings and vice versa. The hamstrings are also relative to other muscles, like the glutes and hip flexors. They work with gluteus maximus in leg extension. They also work as hip extensors working to tuck the pelvis under, so they’re going to affect the health of all of the hip flexors.

Hamstrings and the belly

Lots of times folks will come to see me and they’ll say, “Oh, I have terrible back pain, and I keep stretching it.”  This is a sign of a great misunderstanding.  People believe that whatever feels tight must be short and needs stretching, and that is not true. Often the muscles that we experience as tight in our bodies are actually being pulled long by something else. And often a secret culprit in the belly is the hamstrings pulling our pelvis in a tuck, which just wreaks havoc on everything above and below the pelvis, which is pretty much everything in the body!  So, you really want to keep your hamstrings clear of tension, keep them mobile and fluid.

I see a lot of folks yank on their hamstrings, pull and just grab onto their leg and keep yanking.  If you do this, you might notice that the hamstrings feel tighter as you’re going. You’re yanking and pulling and pulling, and then you can feel the stretch more and more, which actually doesn’t mean that you’re stretching. It actually means that your body is resisting the stretch.

I want to say that again, because it’s really important. Many people feel shortness or tension in the hamstrings, so they go to stretch them. They pull on the leg for dear life or they hang in a deep forward stretch. And then they feel the hamstrings, feel that sensation of stretch or that pull.  This intense sensation might actually be your body trying to protect your hamstrings from tearing. If your hamstrings were actually letting go and lengthening, the sensation of stretch would get less. You would feel less tension because they would be letting go and lengthening.

Hamstrings connect to everything

Right now, people are spending more time at home, and may not be getting as much exercise as they did before. And so more folks are getting stuck in a tuck, spending more time sitting on the couch or on your Zoom calls.  I’m seeing a lot of folks come in with back pain, neck tension, shoulder issues, and it’s not isolated. If you come in like this and I don’t release the belly and release the hamstrings, your neck and your shoulders aren’t going to get fully better. Your back can’t release. So it’s important to think outside the box when thinking about your body and how to go about making positive change in your body. It’s important to think about opposite muscle groups since that’s what else could be affecting the health of some muscles or the happiness of certain joints.  You want to resist the temptation to just start yanking and pulling on the things that are feeling tight and really take a moment to observe your body. Are you stuck a little bit in a tuck or do you hang out slouched over a desk?

If we don’t release the hamstrings and get those more mobile and more fluid, then the other work that we’re trying to do in our bodies, our neck, shoulders, knees, and ankles is going to be less effective.

Thanks for reading.  Be well. 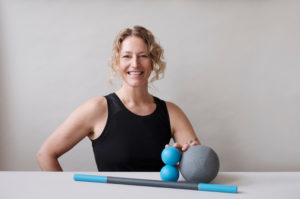